This blog is starting to look at little neglected, so hopefully this post will bring it back up to date!

Hmmm… Still work to do here

After a great time back at home over Christmas, it was all go in January with four final exams for my semester 1 modules. After revising hard the results finally came out last week, with firsts in everything but Foundations of Computer Science where I got a 2:1. For the difficulty of the module though I’m very pleased with these results! Semester 2 is a complete change academically, with Foundations being replaced with statistics for social scientists – which is not really aimed at those with A level maths etc. However, I am now also doing social theory, something I’ve never experienced  before but so far it’s been enjoyable. Along with that I have web design, which is no problem and programming II which is very interesting. As it is suddenly coursework season, this week I started the first assignment, an interactive factual explorer, progress has been slow but something is not quite right:

However, it has meant an excuse to listen to this gem by Jonathan Coulton.

Away from academic pursuits, I’ve managed to secure an internship at Morgan Stanley in Canary Wharf. I’m not sure of which exact team I’ll be working in yet but I am really looking forward to it. The interview process was tough (a whole day of interviews, group projects and general scrutiny) but very enjoyable. Not too many internships take first years so I must have done something right! 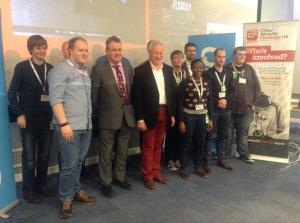 A few weeks ago I awoke to an email from Cyber Security Challenge UK inviting me to a face to face cyber security competition at QinetiQ in Farnborough. I’ve entered a few of their online competitions but never quite done well enough to get through to the face to faces before, so it was a bit of surprise. However, I was quick to take it up and really enjoyed the weekend there. Our team had to penetration test a corporate network in the morning, followed by malware anaylsis in the afternoon. Apparently we were quite good as our team won the prizes, and all of us were invited through to the ‘masterclass’ final in March. Now this isn’t just be being Britishly modest, but I’m really not that good at cyber security so the fact I’m in the top 42 amateur cyber security people in the UK is very worrying. However, partly due to me being the youngest in the competition (at least at our f2f) I’ve had quite a lot of media interest. If you Google ‘Mark Cole cyber security’ you get a few websites reporting on me and various newspapers have interviewed me also. Finally today I have heard some interest for a national TV appearance, stay tuned! 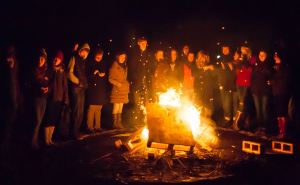 Of course, all this is not good for my ego 🙂 Fortunately I’ve really settled into my Church in Southampton, Highfield. Last weekend it was the student weekend away, a great place to take time out and re-evaluate my priorities at Southampton. I have a renewed sense that God wants to use my skills to reach those around me, it’s exciting finding out how.

Finally, last week several friends from home went to the Isle of Wight for a night, a great opportunity to mess around and catch up some cool people (and avoid work). Talking of work, I really should start that web design report now..